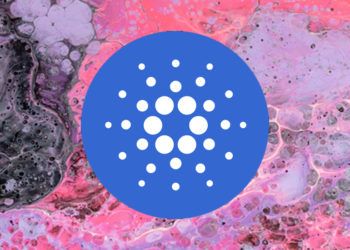 ErgoDex, the first eUTxO cross-chain DEX of Cardano, has announced on Twitter the launch of its public testnet.

A decentralized exchange, ErgoDex makes use of the unique design of Cardano and offers the feature of atomic swaps or cross-chain trading for users, allowing them to automatically exchange contracts from two different blockchains.

The cross-chain DEX utilizes the eUTXO ledger paradigm for combining contracts from AMM DEXs with order contracts from order book DEXs, enabling shared liquidity between exchanges built on the Cardano and Ergo blockchains.

Charles Hoskinson, IOHK CEO and founder of Cardano, called it a major milestone for algorithmic stablecoins.

In a recent statement, Hoskinson said that the UTXO model of Bitcoin hasn’t been able to move due to its limited programmability. Further, Cardano’s founder says that Cardano using the Extended UTXO (EUTXO) accounting model appears to be “the logical next step.”

Cardano founders are of the opinion that the Ethereum developers are “fundamentally missing,” the model, stating that the anonymous creator of Bitcoin didn’t use the account-based model Ethereum currently uses due to its drawbacks.

Recently, Charles Hoskinson, CEO of Input-Output, tweeted saying that the TVL of the blockchain would be over $19 billion if staked coins were added to the TVL of Cardano.

According to data from DefiLlama, the total value locked of Cardano is about $200 million excluding staked governance assets, as of now.

What Hurdles Does Crypto Have to Overcome in the Entertainment Space?

Grayscale’s Allocation Toward Cardano (ADA) Now Stands at Over 30%

COTI and MuesliSwap announce a Strategic Partnership around the Djed Stablecoin