The Revuto Staking Center: It’s where you want to be!

It’s been a while since Revuto introduced its last staking pool for Rstronauts, but that doesn’t mean we’re done offering more options to the Revuto community. Before we go into detail about our new staking opportunity, let’s take a look at a small recap of the Revuto Staking Center. 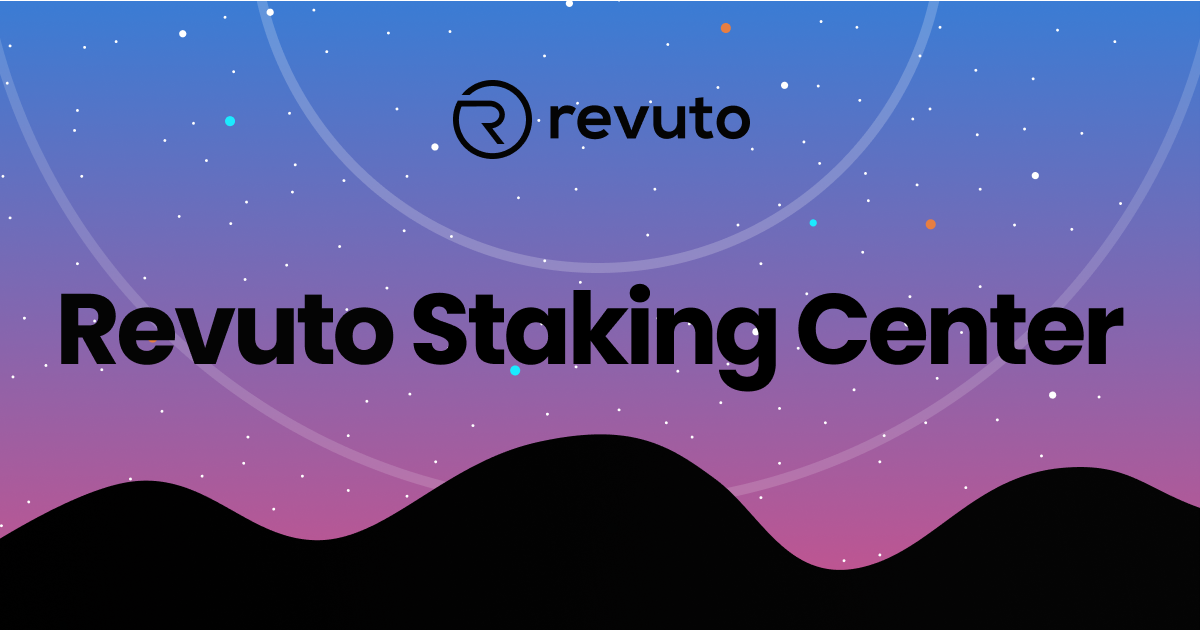 It’s been a while since Revuto introduced its last staking pool for Rstronauts, but that doesn’t mean we’re done offering more options to the Revuto community. Before we go into detail about our new staking opportunity, let’s take a look at a small recap of the Revuto Staking Center.

Revuto has always kept REVU token holders busy while we build our core product. One of the main products offered in that regard has been the Revuto Staking Center. The purpose of this product is to reward REVU token holders for not selling their REVU but instead keeping these tokens within the Revuto ecosystem while the team builds products that will give REVU much-needed utility.

So far, Revuto has offered 18 staking pools within the Staking Center. Fourteen of those pools offered staking rewards in ADA, REVU, or Cardano native tokens. Four of those pools work as investment pools to help users purchase Revulution NFTs directly from the Revuto app.

The best performing pool rewarding users with CNTs was the GENS ISPO staking pool, in which users staked 7 million REVU tokens. We are proud to emphasize the importance of the GENS ISPO pool because it allowed our users to get tokens from the Genius Yield project under amazing terms, even better than the Genius Yield official ISPO when it comes to token price and lock-up period. The offering showed how much dedication Revuto is putting in when it comes to staking opportunities. But staking is not Revuto’s primary focus.

Still, the results of the Staking Center speak for themselves as Revuto is ranked 6th place among all projects on Cardano according to TVL (total value locked) when it comes to staking. In terms of TVL, only MELD and DEX projects are doing better within the whole Cardano ecosystem. The result is impressive, and it shows a couple of things:

2) the offered APR is always among the best in the business, and it’s not set up to evaporate if the pool reaches the hard cap

3) users trust Revuto to deliver promised rewards on time and in the right amount.

Speaking of payouts, Revuto has sent out rewards to its users in REVU, ADA, WMT, MELD, and CDX tokens so far.

Payouts in ZEKE and GENS tokens will be initiated once the projects we partnered with mint their tokens (TGE) and send them to us under the terms that we have agreed upon with them.

The robustness of the Revuto Staking Center comes from the fact that Revuto always secures rewards before it opens a new staking pool, which gives Revuto users confidence in locking their funds with us. The tokens we secure come from partnerships with other projects within the Cardano ecosystem or from securing tokens by purchasing them directly on the market.

In recent weeks the average total amount of REVU tokens staked within the staking center was circling 40 million REVU, which is amazing. This means that around 60% of tokens released in the circulating supply are always locked. We’re happy to have achieved these numbers because high TVL will help once buying pressure on REVU tokens increases, which is something that should occur once the main token utility comes into play.

Why is this pool special?

As we’re building on Cardano, our goal has not only been to focus on building by ourselves but to also help other projects make Cardano great and help its ecosystem grow. Again, helping other projects do well was always one of our priorities because only by having great but working products on Cardano can others come and use the Cardano blockchain. The first move towards that goal was the introduction of the R Fund, which we’re using to help pre-ICO projects on Cardano succeed by investing in them directly. The result of that setup was an R Fund staking pool in which users can get the best APR in the ecosystem — 15% — when it comes to staking ADA. To wrap the story behind the R Fund pool and amazing APR for staking ADA, Revuto began sending out rewards to the first R FUND stakers a couple of days ago, and this will continue to happen every day from now on.

In the case of the Genius X project and helping the Cardano ecosystem grow, there’s a different story going on behind the scenes. The founding team of the GENS-X accelerator recognized the hard work and dedication of the Revuto team to help other projects succeed, so they decided to sign Revuto’s CEO Vedran Vukman as a mentor for their accelerator program.

In return for helping (mentoring) selected Cardano projects and their teams, Vedran was rewarded with their GENSX tokens. You may already assume where this leads us. Yes, Vedran decided to make another generous gesture and transfer those rewards to Revuto users. More specifically, 200,000 GENSX tokens have been allocated to the new staking pool with a hard cap of 2 million REVU tokens.

You can find out more about Genius X Accelerator at https://www.genius-x.co/

As this blog post has come a bit later than the official start of the pool and initial announcement of it, we have to conclude by saying that the pool has managed to fill in record time!

It opened on 2022–08–29 at 11:05 UTC and was already filled by 2022–08–30 at 08:27. That’s well less than 24 hours that Revuto supporters and enthusiasts were taking control of their staking investments and participating in something they knew was well worth it.