The Crypto Mile: How blockchain technology could usher in Web3

Watch: The Crypto Mile: Episode 3 — How blockchain technology could usher in web3 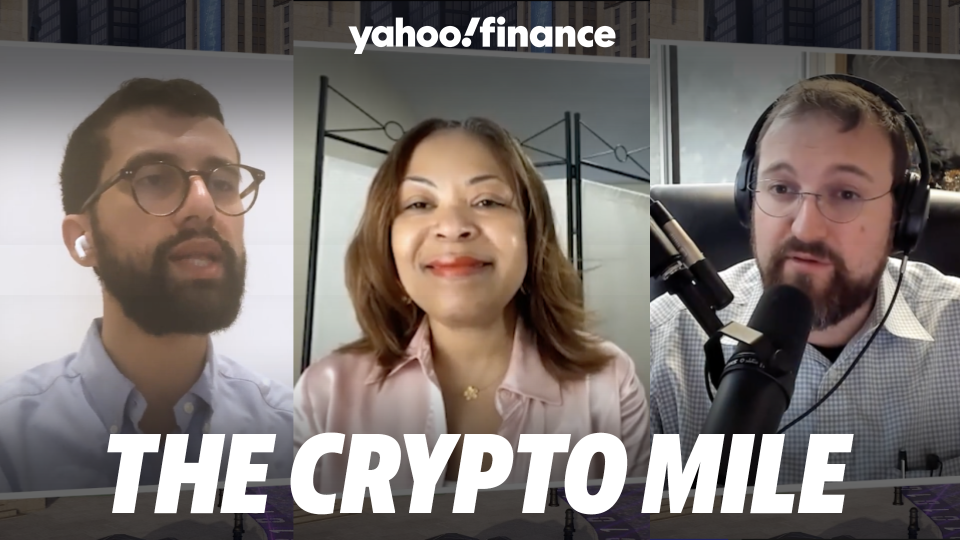 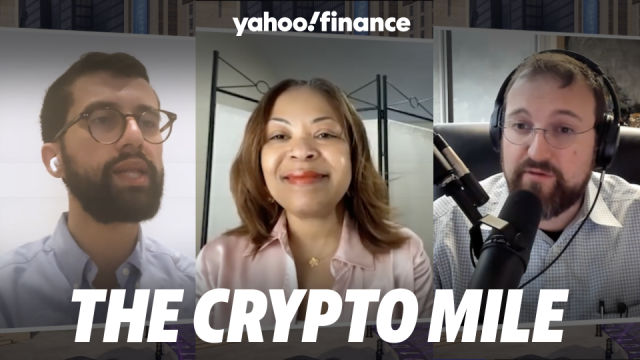 Scroll back up to restore default view.

Blockchain technology has been described as the foundation of web3, a decentralised internet of the future based on public blockchains that could disrupt legacy systems of government, finance and global logistics.

Episode 3 of The Crypto Mile looks at the pioneers driving its use case with an in-depth discussion on how the technology could disrupt the social, economic and governmental fabric of society.

The blockchain promises to automate away the corruption of centralised authority and the inefficiencies of "middle-men".

But what if the encoded protocols that guide the blockchain become controlled by nefarious actors?

On this week's show we talked to the world's main experts and analysts in this burgeoning industry.

Step into The Crypto Mile and consider whether blockchain technology is the panacea for a broken society or nothing but hype.

Blockchains are transparent and publicly accessible to all. In the words of Cardano's (ADA-USD) Charles Hoskinson, they will allow government services to become digitised and deployed on the blockchain to form a new way of governance that is "radically transparent".

A new term has emerged called "digital government", where systems of health, tax, legal, land and intellectual property are deployed on decentralised blockchains.

Speaking on Episode 3 of The Crypto Mile, the founder of Cardano added that the blockchain "would give less friction, less fraud, less waste and abuse and more transparency and ultimately less consolidation of power".

Hoskinson illuminated the possibility that the blockchain could allow "all of government tax revenue to be open source and everybody can look at it and see exactly where the money is going".

This is due to the publicly transparent nature of the blockchain, as it enables "the poorest and most vulnerable person in society equal access as the president of the US, and there has never been a time in human history that that has been the case", according to Hoskinson.

The blockchain promises to secure votes in democracies and corporate decision-making, streamline scientific research and allow total traceability of products on supply chains, allowing for the Internet of Things.

Hoskinson thinks the decentralisation properties of blockchain technology could offer humanity the chance to live in a global society free from the control of "one actor, who has complete control over critical things and resources".

He added: "So the point of cryptocurrencies and blockchain technologies is that they take those resources that should be a public good, and if they are digitisable, get them into a situation where they are completely open and build businesses on top of them.

Read more: Crypto: Stablecoin storm spreads after billions of tether is cashed out

"But, the underlying infrastructure is no longer under the control of a small group. If you have centralisation one person basically gets to decide those rules.

"Often times this becomes an anti-competitive and anti-consumer, and end up hurting people and exposing them to a lot of market failures."

The Crypto Mile also heard from Cleve Mesidor, presidential appointee to the Obama administration and executive director of the Blockchain Foundation.

Mesidor described many of the advances in blockchain technology as coming from the Black and Latino communities, because "the appeal of crypto from any individual is based upon their relationship with money".

She said the power of cryptocurrencies deployed on the blockchain is its ability to bank the unbanked and help "people who have been locked out of traditional finance, where banks have not served them well".

She described US president Joe Biden's recent executive order on cryptocurrencies as being hopeful for the crypto ecosystem as it "did not seek to litigate whether the technology was good or bad, but looked at cryptocurrencies from the lens of innovation and competitiveness".

John O'Connor, head of African operations at IO Global, the development company behind Cardano, told The Crypto Mile that the technology is already being tested in Africa by blockchain protocol Cardano to "onchain" and secure education qualifications.

O'Connor said property ownership on the blockchain allows for "a ledger which is recording the ownership of property but isn't beholding to a government department".

Another area that blockchain technology could provide more security in the long term was in education.

In Ethiopia, Cardano have a project with the department of education. O'Connor described how the crypto platform was providing "digital grade tracking for 5 million students allowing students to be able to prove their educational qualifications, even if the school or university in which they went to is no longer capable of responding back".

A recent blockchain update for Cardano was the "Vasil" upgrade, which is now deployed on the protocol's testnet to bring increased network capacity and allow for faster and more efficient DApps (decentralised applications).

Cardano claim the Vasil upgrade will also improve interoperability with other blockchains.

The upgrade has been hailed as Cardano's most significant update since it introduced smart contracts two years ago.

Cardano now has over 5 million native tokens deployed on the platform, with over 1,000 projects building on it.