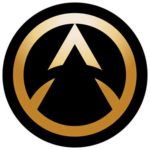 Any blockchain or cryptocurrency platform not considering venturing into decentralized finance is going to get left behind, and Cardano is the latest to ramp up its DeFi ambitions with a new partnership.

The move was announced in a recent tweet from the company behind Cardano, IOHK, which stated that it will be the first DeFi project enabled on the Ethereum-rivaling platform as a part of its smart contract functionality roll out.

Bondly Finance, which previously operated on the Polkadot platform, has defected to Cardano in this latest DeFi collaboration. The protocol has the aim of bridging the gap between decentralized escrow payments and traditional marketplaces.

We're partnering with @BondlyFinance, which will be the first DeFi project enabled on #Cardano as a part of the roll-out of our smart contract functionality. Our partnership will be a huge step in continuing both companies’ mission to bring decentralized finance to the masses.

Cardano developers are currently working on an update called Goguen which will allow dApps and smart contracts to be built on the network. According to the roadmap, the upgrade also includes a purpose-built smart contract development language and execution platform called Plutus. Another language called Marlowe will be launched to enable non-technical users to create smart contracts on the platform.

The upgrade will also introduce a multi-currency ledger enabling users to create new natively-supported tokens and allowing the creation of fungible and non-fungible tokens and the tokenization of other assets.

The partnership with Bondly Finance is a timely one since Goguen is expected to go live in February 2021. Its two native financial products, a buyer protection platform called BONDProtect and an OTC trading platform called BSwap, will also be transitioned to Cardano.

The protocol’s native BONDLY token, launched earlier this month, will also transition from Polkadot, which has also been dubbed an “Ethereum killer,” to the Cardano blockchain. Earlier this week, Bondly partnered with the Ferrum Network to launch a variety of staking options, including liquidity staking to earn token rewards.

Cardano’s native ADA token has retreated 1.5% on the day to $0.14 as crypto markets continue their correction. Partnership announcements rarely make a difference these days, especially when the pull of big brother Bitcoin is still too strong to overcome for most altcoins.

BONDLY has also retreated today with a fall of 24% down to $0.1125 at the time of writing. The new DeFi token reached $0.15 when it was launched earlier this month but failed to maintain the momentum.