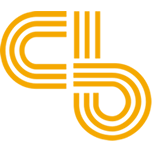 Input Output (IOHK), the development company behind Cardano, has announced the upcoming store for decentralized applications on the network, called Plutus dAppStore. In this storefront, developers will be able to upload their Cardano dApps, making it easier for the community to discover them.

Cardano has revealed that it’s building a storefront for certified decentralized applications.

In a Wednesday blog post, IOHK published a preview of its new “integrated approach” to the development of the Cardano ecosystem ahead of Cardano Summit 2021. The centerpiece of the announcement is the upcoming launch of the Plutus dAppStore, a storefront where developers can upload their decentralized applications running on Cardano and make them easier for discovery.

According to Shruti Appiah, head of product and smart contracts at Cardano, the dAppStore addresses two barriers to entry. The first is that there is currently no formal discovery process for dApps running on the network, and the second is that there is no consolidated view of all dApps available in a given ecosystem for end-users.

The Plutus dAppStore will allow Cardano users to explore the entire ecosystem of dApps running on the protocol through a single “storefront” or web page.

In addition to the dAppStore, IOHK is also launching a formal certification program for third-party decentralized applications on Cardano. The program’s goal is to give users assurance about the integrity of the dApps they use through automated logic checks, manual smart contract auditing, and formal verification.

According to Appiah, the dAppStore will provide a “democratized environment for developers to publish their dApps without facing censorship,” meaning both certified and uncertified applications will be listed on the storefront, as the site intends not to act as a gatekeeper but rather provide “a platform for transparent user assessment.”

Cardano’s long-awaited Alonzo hardfork, which brought smart contract functionality to the blockchain, went live earlier this month, but not without its problems. While the actual upgrade went smoothly, many in the community were disappointed to see a very small number of applications launching on the network.

Minswap, the first decentralized exchange to launch on the testnet, faced immediate scaling issues and was forced to shut down soon after the launch. In an interview following the incident, Minswap founder and engineering lead Long Nguyen told Crypto Briefing that the problem arose from the so-called concurrency “issue,” which refers to the ability for multiple different agents to interact with the same smart contract at the same time.

While account-based blockchains like Ethereum allow multiple users to interact with the same smart contracts by default, state-based or EUTXO-based networks like Cardano pose certain difficulties for developers in that regard. In a post-mortem blog post following the incident, the Minswap team wrote:

“It’s an issue that every competent team and development lab building DeFi protocols on Cardano must overcome. It’s not a fundamental flaw, but is simply a design challenge that must be addressed.”

The prevailing lack of fully-fledged DeFi applications on Cardano may be explained by the fact that, thus far, nobody seems to have found a practical solution to the concurrency issue. SundaeSwap—another decentralized exchange building on Cardano—published an article following Alonzo’s launch on testnet, downplaying the issue and offering several theoretical solutions to concurrency. however, thus far, they have not yet been able to launch a functioning DEX on the network.

While individual projects are currently working towards solutions, Minswap says that “thus far efforts have been siloed with little exchange of information amongst teams.”

IOHK will showcase a preview of the Plutus dAppStore prototype at the Cardano Summit 2021, taking place on the 25th and 26th of this month. Cardano’s head of brand and communications, Sidney Vollmer, hinted that some of the partnerships announced during the summit will “blow people’s minds.”

While the official launch date of the Plutus dAppStore is yet to be announced, it remains to be seen whether, and how soon, fully-fledged DeFi applications will populate the storefront.

Disclaimer: At the time of writing this feature, the author owned ETH and several other cryptocurrencies.

What Is Going Live on Cardano After Alonzo Launches?

Cardano’s Alonzo hardfork, which brings smart contract functionality to the network, is going live on Sep. 12. However, it could be several months before DeFi comes to mainnet due to...

What is Impermanent Loss and How can you avoid it?

DeFi has given traders and investors new opportunities to earn on their crypto holdings. One of these ways is by providing liquidity to the Automated Market Makers (AMMs). Instead of holding assets,...

Cardano, the third-largest cryptocurrency with a market cap of over $82.8 billion, has become the subject of criticism as its ecosystem infrastructure does not allow for the most basic decentralized...

The Bullish Outlook for Paribus

Cardano - On Course For Greatness by @cryptorecruitr