Bridges Are Necessary For Interoperability In Web3. But, They Need Better Security

Bridges Are Necessary For Interoperability In Web3. But, They Need Better SecurityATZCrypto - Latest Bitcoin, Ethereum, Crypto News &amp; Price Analysis The demand for cross-blockchain technology has inspired the search for ways to develop bridges between blockchains. In the... 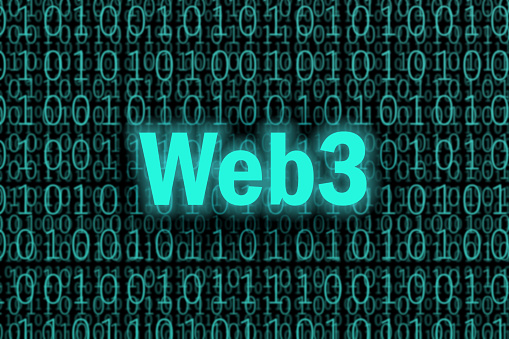 While bridges are important for Web3 interoperability they need better security. The demand for different blockchain designs comes with a surging interest among users to transact across blockchains. Their pursuit for maximum yield and the simple desire to experience and enjoy different applications fuel this interest.

The demand has inspired the search for ways to develop bridges between blockchains because, absent interoperability, the growth of the blockchain space becomes difficult.

The internet has evolved to its current form, cutting through two different generations since it was first introduced. Now, it is moving into the third, Web3.  Today, we are leaping from Web2 to Web3 and ushering in the next market evolution. The internet is changing with the advent of different technologies to mature, go global, and achieve societal shifts.

The internet has also changed people, society, and economies, playing an instrumental role in discovering unexpected knowledge transfer. This has set the foundation for the information age as the basal platform that underpins services, networks, and applications.

While Web3 promises to offer more decentralization and collaborative data and value the internet, it embodies several principles. At the heart of this transformation is blockchain and security, and only one of the multiple technologies will be employed by this innovative internet.

The outburst of blockchain and cryptocurrency experimentation has displayed refreshing structures and models in the business. Now, the market observes strong network effects, increased trustless coordination among stakeholders in achieving common goals, aligned incentives, shifts in governing models, defining predetermined ownership, and most importantly, connected data is valuable. All of these are achieved in a digitally native fashion.

Although Web3 has not yet come into effect, many industry pundits believe the market is slowly making a transition into a changed and updated internet. Should this happen, it would mark a thousand-year leap in the evolution of the internet. Instead of centralized firms targeting users by leveraging their private data, users would be able to keep control of their data and only sell it when they want to.

Web3 also allows users to exchange data and currency without intermediary involvement. This would take place on a decentralized distributed ledger technology, placing decentralization at the core of Web3.

The ledger technology would be self-governing, permissionless, and easy to verify, which is the complete opposite of its counterparts, centralized, supporting the internet’s most robust applications and servers.

Most importantly, however, blockchain would be the Web3 version of decentralized technology. This is where crypto and the whole concept of Web3 intersect. With Ethereum’s price shooting higher, the same applies to the inevitability that currency is due to be entirely digitized through tokenization. Noteworthy, tokenization will be an integral part of Web3.

The same is evident with blockchain-based cryptocurrencies like Bitcoin and Ethereum, which allow users to make transactions quickly and efficiently that are easy to exchange across different networks, thus decentralizing finance. Cryptocurrency, therefore, offers transparency and autonomy for users worldwide, and that is precisely where the idea of Web3 anchors.

The blockchain of Web3 would constitute this decentralized currency and the capability of using any site. Among the sites considered include social media, emails, and the entertainment space, with their data registered onto the blockchain. This differs from the narrative in the centralized space where people can actively target user information.

Innovators behind the design of Web3 foundations have been at work for some time now. Among them are Ethereum, Terra, Avalanche, Polkadot, and Cosmos. These are all unique blockchain protocols, sitting at the roots of Web3 while enabling the next generation of the digital world. The main vision of Web3 is that the technology build will be open source, availing the code to the public so that they can read it, build upon it, and improve it for better end-user experiences.

All the blockchain networks behind Web3 operate as live decentralized applications (Dapps), making communication and asset trading possible. The networks also enable sharing of stories, data transfer, and the execution of the transition to Web3. However, despite this progress, the blockchain networks are unfortunately compromised from each other, operating like independent entities. It is also faulted by the absence of the highway infrastructure to connect these entities and make them part of one firm, diverse yet unified structure.

Achieving a seamless, universal, and decentralized method of data and asset sharing across blockchain ecosystems is imperative. Failure to do this leaves liquidity of digital assets at a low due to poor off-ramping avenues. This adds to the list of challenges within the blockchain ecosystem resulting from a lack of interoperability and cross-chain communication. Failure to address these issues will ultimately impede migration from Web2 to Web3.

Blockchains operate based on protocols. Protocols are unique rules and include a method for reaching consensus about how accurate transactions are in a decentralized and secure way. Some experts describe this as the verification of accuracy without trust.

However, this contract is only modeled to work in a native way such that once a transaction is sent outside of a blockchain, it cannot achieve that verification through its present rules. This theory also extends to communication between digital applications (Dapps) called layer 2 that sit atop blockchains.

Given the principal requirement that a blockchain is decentralized and secure, a bridge must ideally be trustless, meaning it maintains the same level of security as the base chain. It must also be extensible, usable across different chains, and lastly, data agnostic in that it can transfer any data supported by chains.

Interoperability Must Be A Priority For Building Web3 In 2022

Technology is the foundation of the current society and economy. Centralization concepts: controlled and owned by centrally operated systems define the current version of the web. With this stance comes multiple limitations like vulnerabilities to hacking and corruption, the absence of data protection, and a monopoly on data ownership, connections, and other internet services.

The development of Web3 is already visible within the digital ecosystem. Ethereum co-creator, Gavid Wood, wrote about the idea of Web3 and its positives as it emerges from the shadows of Web2. According to Gavid, the potency for trust to spread among several different and competing institutions on the internet will coincidentally lower the amount of trust that people must attach to a single organization.

The Ethereum executive also noted the future of the internet as a blockchain with related and interchangeable organizations that are far more legit and successful than anything else that came before it. Ethereum employed the exact mechanism as other cryptos, which explains why the bridges Ethereum has been making are a critical enabler to the future of Web3.

Presently, it is possible to exchange fiat currency to suit another currency. An individual traveling from the U.S to the U.K can easily swap USD for GBP. This means that they have the same amount of currency to use in a different financial setting.

Ethereum is trying to achieve the same thing with the bridges, and for crypto to evolve along with Web3 (and vice versa for Web3 to make its intended impact); users must be able to access new networks and transactions with a token from any one of cryptos’ blockchains, thus interoperability.

To achieve this, Ethereum will achieve the ultimate goal of innovation and security. This would render them a more developmental and stable solution to the challenges they exist to solve. It is important that interoperability continues to advance, as should Ethereum bridges while opening chances for connecting to create a single ecosystem.

In a world that has accepted the concept of decentralization, users will need the ability to share information, swap tokens, and invest in any decentralized application. Interoperability is among the most critical ways to have a future within this independent and user-friendly ecosystem that Web3 promises.

Why Shiba Inu Might Become the Top Meme Coin by 2025

What Happens If Ripple (XRP) Wins Its Case Against The SEC?