Big Eyes Coin Set to Make Waves like Cardano and AvalancheATZCrypto - Latest Bitcoin, Ethereum, Crypto News &amp; Price Analysis There are well over 20,000 cryptocurrencies in circulation. The survival of a cryptocurrency depends on its community and the...

There are well over 20,000 cryptocurrencies in circulation. The survival of a cryptocurrency depends on its community and the use case of the token, alongside other factors. Big Eyes Coin (BIG) is a new community token that looks to thrive in the cryptocurrency market.

What is Big Eyes Coin (BIG)?

Big Eye Coin (BIG) has 200 billion (200,000,000,000) tokens in circulation. There are no charges attached to the purchase or sale of these tokens. 5% of the total token is kept in a wallet for charity, 5% in the marketing wallet, 20% for exchanges, and 70% of the tokens will be sold during the public pre-sale. A 10% tax is charged on the Non-fungible tokens (NFTs), from which 4% is distributed to the original seller, 5% to the holders, and 1% to charity.

Actions planned by the Big Eye Coin team are divided into four stages;

How To Buy The Big Eye Coin 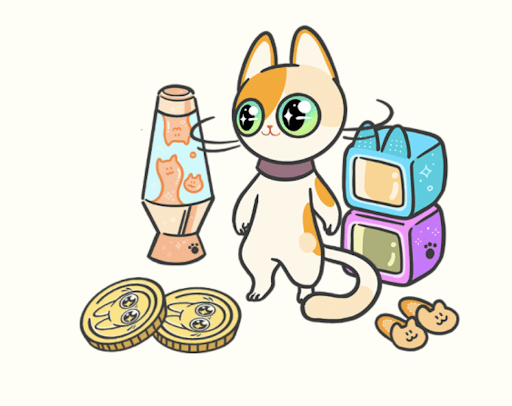 Users who bought the Big Eye coins with the above steps can click the “Claim” button on the official website to claim the tokens purchased.

Cardano (ADA) is a third-generation decentralized blockchain platform designed to be an alternative to proof-of-work networks. Cardano (ADA) also looks to give back to charity. Cardano announced entering a partnership with Rwanda’s Save the Children foundation. The collaboration was formed after Cardano successfully installed a payment gateway that allowed the NGO to accept donations in Cardano’s native currency, ADA.

According to a statement posted on the Save the Children website, thousands of Rwandan children will now be able to receive assistance through cryptocurrency donations, specifically ADA. Just hours after announcing the feature’s launch, Save the Children received over 22,000 ADA donations. ADA alone raised nearly $30,000 in donations.

On the other hand, Avalanche (AVAX), an altcoin launched in 2020 by a team called Ava labs, quickly ascended the cryptocurrency rankings and currently sits slightly outside the top ten. Avalanche (AVAX) blockchain, which focuses on speed and low transaction costs, completed a $230 million private sale of AVAX tokens. The personal sale proceeds were used to support the Avalanche ecosystem. Through grants, token purchases, and other forms of investment, the foundation intends to support Decentralized finance (DeFi) projects and enterprise applications.