On-chain analytics data reveals an interesting pattern around whale activity with Cardano’s ADA in the last one month or so. In the last 30 days, ADA price fell from a high of around $0.64 to $0.47 now. Meanwhile, big...

On-chain analytics data reveals an interesting pattern around whale activity with Cardano’s ADA in the last one month or so. In the last 30 days, ADA price fell from a high of around $0.64 to $0.47 now. Meanwhile, big whales have also stopped selling ADA, in what could be a sign of price increase anticipation.

ADA Accumulation By Whales On The Rise

According to cryptocurrency on-chain and social metrics data provider Santiment, whale activity around ADA is on the rise. In the last 30 days, whales collectively added $79.1 million worth ADA to their bags, the data shows. Interestingly, this accumulation is found to have been done by addresses holding 10,000 to 100K ADA.

Also, whale addresses holding 100K to 10 million ADA have stopped the dumping in the recent times. This is particularly important as it indicates an anticipation of ADA price increase in short term.

Earlier this week, the Input-Output announced that the Vasil hard fork has been completed by the Cardano’s testnet. It was said that the community requested a four week period after the testnet hard fork. During the four week period, SPOs, developers and exchanges will be able to test it so as to trigger the hard fork for Cardano mainnet. This upgrade is much awaited by the community as it is said to enhance capability and performance of the Cardano network.

The Cardano (ADA) price drastically fell in the last three months, in tandem with the crypto market sentiment. However, on-chain analytics data shows ADA accumulation is on the upward trajectory in the recent times. ADA price however has been flat around the $0.47 level in the last one week.

Anvesh reports major developments around crypto adoption and price analysis. Having been associated with the industry since 2016, Anvesh is a strong advocate of decentralized technologies. Follow Anvesh on Twitter at @AnveshReddyBTC and reach him out at [email protected] 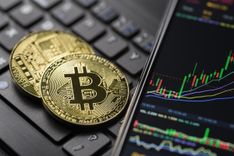 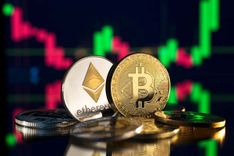 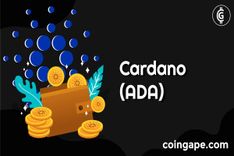