Why Being the Issuer of Djed, Cardano’s Official Stablecoin, is a Game Changer for COTI

As just revealed during the Cardano Summit by none other than Charles Hoskinson, Cardano’s founder, COTI will become the official Djed issuer, Cardano’s new stablecoin. 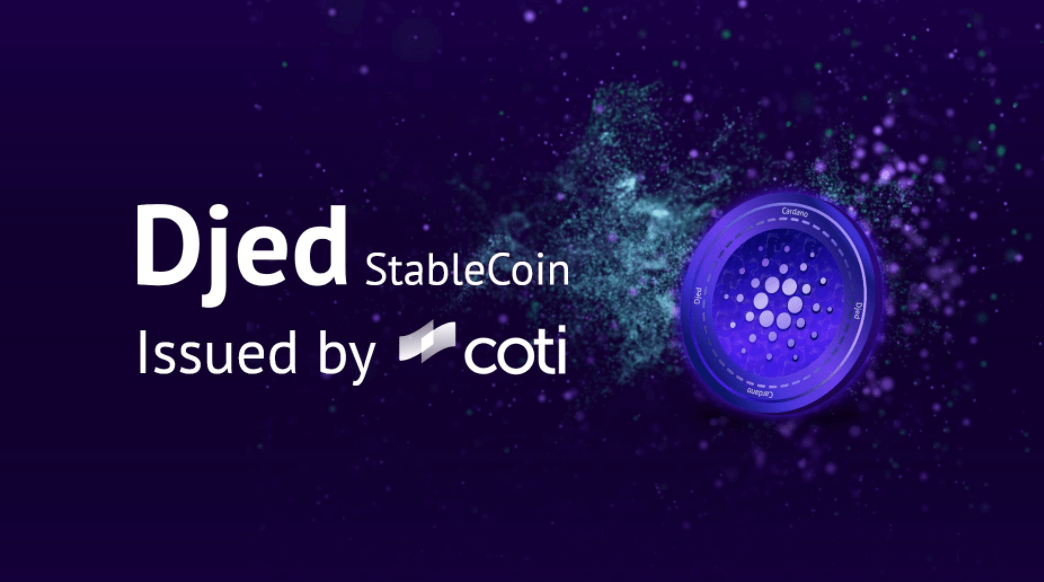 As just revealed during the Cardano Summit by none other than Charles Hoskinson, Cardano’s founder, COTI will become the official Djed issuer, Cardano’s new stablecoin.

Djed is a stablecoin based on an algorithmic design. It uses smart contracts to ensure price stabilization, and that the coin will be useful for decentralized finance (DeFi) operations.

It operates by keeping a reserve of base coins, and minting and burning stablecoins and reserve coins.

Djed isn’t just a stablecoin built upon Cardano’s chain, it is also designed to become the ultimate coin with which Cardano’s entire network transaction fees will be paid. It makes more sense for a chain to have predictability in how much transaction costs, rather than have volatile gas fees, and Djed will do just that.

We have already stated our intention for COTI to dedicate special efforts on stablecoins during our growth plan presentation last August. We believe that stablecoins are a killer app that will be massively adopted for payments and fees.

While our main goal is to issue stablecoin for enterprises and merchants on COTI’s Trustchain, we also plan on being involved with stablecoin issued on other chains. Our long relationship with Cardano, leading to an equity investment by their ecosystem fund, has created the opportunity for COTI to become the official issuer for Djed, Cardano’s stablecoin.

As the provider of this service, COTI collects fees on both the minting and burning of Djed and of the reserve coin.

We predict that the Djed Issuance accumulated fees will be substantial, as Cardano is the 3rd largest coin in terms of market capitalization and also because Djed will ultimately be used for all the transaction fees payment on Cardano. The potential is breathtaking!

As mentioned in our growth plan, we plan on converting such $ADA fees to $COTI coins, initially by buying $COTI directly in the market and supporting the demand for $COTI, then by depositing such $COTI in COTI’s treasury, for the benefit of the treasury users. It’s a real win-win and a great opportunity for the COTI ecosystem.

16 days after the launch of ADACash, the developers released a new swap platform, similar to Pancake Swap