Vasil Hard Fork Roll Out Expected By End of July

Cardano blockchain to launch the Vasil hardfork upgrade by the end of July. Main net launch will soon happen. The post Vasil Hard Fork Roll Out Expected By End of July appeared first on bitcoinworld.co.in. 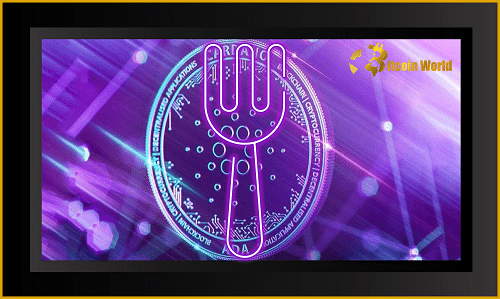 Cardano blockchain to launch the Vasil hardfork upgrade by the end of July. Main net launch will soon happen.

Cardano blockchain developers are all set to launch the Vasil hard fork main net launch whose countdown had already begun. The vasil hardfork upgrade had been frequently denied, but finally it is happening. The Cardano ecosystem will be optimized for scalability and efficiency after the roll out of the Vasil hard fork event.

What Will the Vasil Hardfork Event Bring for the Cardano Ecosystem?

Scalability and throughput are a few things which are plaguing the blockchain space. The desire for a truly verified and battle tested consensus mechanism arises that can deal with this. Cardano blockchain developers have proposed diffusion pipelining which will considerably increase the blocksize and include more transcations for processing. Bundled transcations in queues on parallel chains.  Hence, the vasil hardfork would eliminate the instance of forking the chain as well.

Release of the Vasil Hardfork Event

The Vasil Hardork is due for July 3. However, the final upgrade and main-net launch after assessing the complete running of the ecosystem will happen by the end of July, 2022. IOHK or Input Output Hong Kong, the blockchain research company, has said that they are concerned about the safe creation of the block. That said, at present the Cardano’s Vasil Nodes are only processing 75% of the transactions. The developers are on the lookout to further scale it to 100%. However, it has to be done in a phased manner without compromising the security.

Post the release of the Vasil hardfork news, ADA, cardanno’s native token hasn’t shown any fresh momentum. Nonetheless, in the past few weeks, the token has pumped because Ethereum and Cardano blockchain have created a bridge for the stable coin USDC. At the time of writing, ADA has moved to the 8th spot in terms of cryptocurrency with highest market cap and trading volume. Currently, it is trading at  $0.45, which is 85% down from its all time high.