Bitcoin (BTC) has been sustaining above $54,000 for the past few days but that has not resulted in euphoria among investors. Google Trends data shows that Bitcoin search interest has not picked up in recent days and is nearing...

Bitcoin (BTC) has been sustaining above $54,000 for the past few days but that has not resulted in euphoria among investors. Google Trends data shows that Bitcoin search interest has not picked up in recent days and is nearing one-year lows. Some analysts believe that this is a sign that only stronger hands are accumulating.

A recent report from CoinShares also showed that institutional investors pumped more than $226 million into Bitcoin products in the week ending Oct. 8. The analysis firm estimates that the total assets under management of institutional crypto products have ballooned to $66.7 billion, just 5% below the record hit in May.

Could Bitcoin continue its up-move or is it time for a few days of consolidation? Let’s study the charts of the top-10 cryptocurrencies to find out.

This level may act as a tough resistance but if bulls push the price above it, the pair could retest the all-time high at $64,854. The bullish momentum may pick up if bulls overcome this obstacle.

The breakout level at $52,920 remains the key support to watch on the downside. A break below this level and the 20-day EMA will be the first sign that bulls may be losing their grip.

Ether (ETH) has rebounded off the 20-day EMA ($3,390) for the past three days indicating that bulls are accumulating on dips. The bulls will now try to push the price to the neckline of the inverse head and shoulders (H&S) pattern.

A breakout and close above the neckline will complete the bullish setup which has a target objective at $4,657. The gradually rising 20-day EMA and the RSI above 55 indicate a modest advantage to the bulls.

Contrary to this assumption, if the price turns down from the current level or the neckline and breaks below the moving averages, the ETH/USDT pair could drop to $3,160 and later to the psychological support at $3,000.

Binance Coin (BNB) broke and closed below the 20-day EMA ($417) on Oct. 10 but the bears could not build on this advantage. The bulls defended the psychological support at $400 and pushed the price back above the 20-day EMA on Oct. 11.

Although bears pulled the price below $400 on Oct. 12, the move appears to have been a bear trap because the BNB/USDT pair recovered quickly and rebounded to the neckline. The buyers have pushed the price above the neckline today.

The bullish inverse H&S pattern will complete if the pair closes above the neckline. This setup could start an up-move to $519.90 where heavy opposition is expected.

A break and close above this level could propel the pair to the pattern target at $554. The bears will have to pull the price below $392.20 to gain the upper hand.

Cardano (ADA) broke and closed below the support line of the symmetrical triangle on Oct. 12. This suggests that the uncertainty of the past few days has resolved in favor of the bears.

The 20-day EMA has started to turn down and the RSI has dropped below 44, indicating advantage to bears. This negative perspective will be invalidated if bulls push and sustain the pair above the resistance line of the triangle.

XRP bounced off the 20-day EMA ($1.06) on Oct. 12 but the bulls are finding it difficult to sustain the price above the 50-day simple moving average ($1.08). This suggests a lack of buyers at higher levels.

If bears sink and sustain the price below the 20-day EMA, the XRP/USDT pair could drop to the psychological support at $1. A break and close below this level could intensify selling and sink the pair to $0.85.

Conversely, if the price rises from the current level, the bulls will make one more attempt to push the price above the overhead resistance at $1.24. If they manage to do that, the pair could rally to $1.41.

Solana (SOL) broke below the 50-day SMA ($144) on Oct. 12 but bears could not capitalize on this weakness. The bulls bought the dip aggressively and pushed the price back to the 20-day EMA ($151) on the same day.

The SOL/USDT pair rose modestly above the 20-day EMA today but strong selling by the bears has pulled the price back to the 50-day SMA. If bears sink and sustain the price below the 50-day SMA, the decline could extend to $116.

This negative view will invalidate if the price turns up from the current level and breaks above the downtrend line. The pair could then climb to the 61.8% Fibonacci retracement level at $177.80. A break and close above this level could pave the way for a rally to $200.

Dogecoin (DOGE) broke below the 20-day EMA ($0.23) on Oct. 10 and the bulls have not been able to reclaim the level since then. This suggests that bears are putting up a strong defense at the 20-day EMA.

The DOGE/USDT pair could drop to $0.21 and if this support cracks, the next stop could be $0.19. This level has acted as a strong support during the previous two occasions hence bulls may again defend it with vigor.

Contrary to this assumption, if the price turns up from the current level and rises above the 20-day EMA, the pair could rally to the downtrend line. A break and close above this resistance will indicate the possible end of the down move.

Polkadot (DOT) bounced off the 20-day EMA ($33.02) on Oct. 12 indicating that the sentiment remains positive and traders are buying on dips. The bulls will now try to push the price above the overhead resistance at $38.77 where bears are expected to mount a stiff resistance.

If the price turns down from $38.77, the DOT/USDT pair could again drop to the moving averages. This is an important support for bulls to defend because a break below the 50-day SMA ($31.37) could open the doors for a decline to $25.50.

Alternatively, if the price continues to rise from the current level and breaks above $38.77, the uptrend could resume. The first target on the upside is the all-time high at $49.78 and then the pattern target at $52.04.

Terra protocol’s LUNA token dropped to the 50-day SMA ($35.87) on Oct. 12 but the bulls bought this dip as seen from the long tail on the day’s candlestick. The buyers tried to push the price back above the 20-day EMA ($39.15) today but failed.

The 20-day EMA has started to turn down and the RSI has slipped below the midpoint, indicating that bulls may be losing their grip. If bears pull and sustain the price below the 50-day SMA, the LUNA/USDT pair could drop to $32.50.

This level could act as a strong support but if it cracks, the selling could intensify and the pair may plummet to $25. Alternatively, if the price rebounds off the current level and rises above the 20-day EMA, the bulls may push the pair to $45.01.

Uniswap (UNI) bounced off the strong support at $22 on Oct. 12 and bulls pushed the price above the moving averages today. However, the long wick on the day’s candlestick indicates selling at higher levels.

The 20-day EMA ($24.29) is flat and the RSI is just below the midpoint, indicating a balance between supply and demand. A break and close below $22 could tilt the advantage in favor of bears. The UNI/USDT pair could then drop to $18.

Conversely, if the price rises from the current level and breaks above the neckline of the inverted H&S pattern, the bullish momentum could pick up. The pair could first rally to $31.41 and then march toward the pattern target at $36.98. 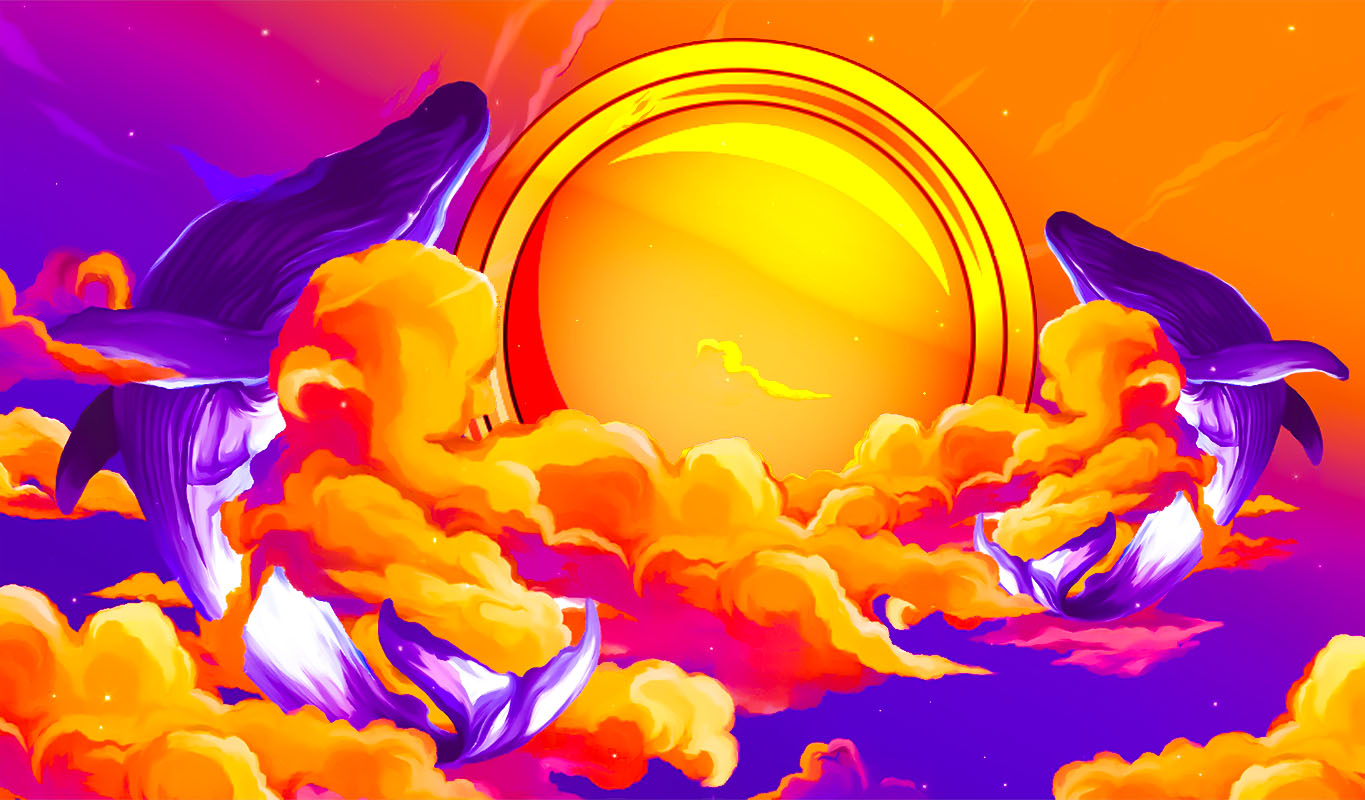