Charles Hoskinson, the CEO of Input Output Global (IOG), who created Cardano (ADA), has recently discussed the possibility of collaborating with Solana, one of the biggest smart contract platforms, but has been marred with a series of outages in...

Charles Hoskinson, the CEO of Input Output Global (IOG), who created Cardano (ADA), has recently discussed the possibility of collaborating with Solana, one of the biggest smart contract platforms, but has been marred with a series of outages in recent months.

During a recent Ask-Me-Anything (AMA) session, Hoskinson was asked about the possibility of Cardano (ADA) collaborating with Solana (SOL). He stated that a collaboration with the blockchain project could make sense because he’s optimistic that the problem with the network can be fixed by his software platform, IOG.

Speaking further on the question, Cardano founder compared the Solana network to an old Nintendo console that needs repairs, referencing the Nintendo repair business his brother ran in the past.

Charles Hoskinson said, “You know, collaboration with Solana would actually make a lot of sense…

Comparing Solana network to old Nintendo console, Hoskinson noted, “So I was thinking since you know Solana comes from that world, that maybe there’s some legacy there, you know, we can figure out how to turn it on and off, taking it out on the cartridge, these types of things. I don’t know; it might be possible.”

Sarcastically hinting that he may not be willing to help fix Solana’s issues, he said, “But my brother doesn’t do Nintendo stuff anymore. He’s a doctor.”

Charles Hoskinson did not just start comparing Solana network with broken game consoles. Back in June 2022, during the time Solana was battling with another network downtime, Cardano founder shared a link to a YouTube video on how broken game consoles can be repaired.

But this is not just about Hoskinson, Solana developers were also one of the major critics of Cardano development, a video posted a couple of months ago is a proof. In the video, Solana co-founders Anatoly Yakovenko and Raj Gokal were seen throwing jibes at IOG for being too careful.

It’s worth noting that, unlike the Solana network, the Cardano network has been stable with no time over the years, and new developments to boost its network performance continue to surface.

Cardano developers’ team, IOG, is currently working to launch Vasil hard fork on the mainnet at the end of the month, which is targeted at boosting the network’s scalability, throughput, and smart contract functionality. 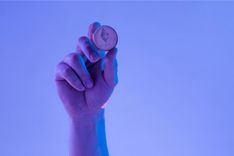 T
Timestabloid
Which Altcoins have the best potential in 2023? - Times Tabloid 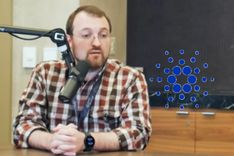 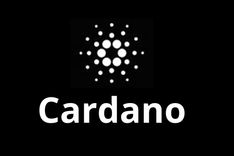 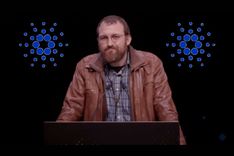