Is Cardano Really An Ethereum Killer?

One of ETH’s legitimate threats, maybe the biggest one, is Cardano (ADA). Is it really "the" Ethereum Killer? Read more!

One of ETH’s legitimate threats, maybe the biggest one, is Cardano (ADA). Is it really "the" Ethereum Killer? Read more!

Flying to new highs at the $4,400 level as of October 21, Ethereum has finally surpassed its previous all-time high on the back of a surging Bitcoin. With the bull market love filtering through not only BTC or ETH but also the slew of nascent layer-1 networks known as so-called Ethereum killers (eye roll) floating around the space, now is as a good time as any to see if any of them actually ave a fighting chance now that Ethereum has awoken.

The concept “Ethereum killer” has been bandied around by countless crypto projects, shillers, and media platforms for several years yet many retail investors merely scoff at them, as Ethereum has remained the undisputed king of decentralized applications (dApps). When a project decides to build a blockchain app, Ethereum (ETH) has always been the go-to network 9 times out of 10.

Now, not so much anymore, loyalty evaporates really fast when trust issues affect your wallet. Ethereum’s scaling woes started up again when decentralized finance (DeFi) started to take center stage in 2020, crippling the Ethereum network and exposing its scalability shortcomings. In 2021, it was the non-fungible token’s (NFT) turn to rally, adding even greater traffic to the already-congested Ethereum network. This has resulted in exorbitant gas fees for single transactions totaling hundreds of dollars that began to leave investors cold.

Concurrent with the success of DeFi and NFTs, many startups have decided to either leave ETH for other networks, utilize layer-2 solutions (L2s), or become multi-chain to allow their users to enjoy the low fees and quick processing times of other blockchains.

Most prominent layer-1 (L1) chains today were created to solve the blockchain trilemma, also known as the scalability problem, which states that it is either too difficult or impossible to scale a blockchain without compromising two equally important attributes: security and decentralization.

Polkadot’s parachain auctions starting 11 November, Solana’s Breakpoint conference (7-10 November in Lisbon, Portugal), and Fantom’s Developer Conference (25 October, Abu Dhabi) will do much to try and position their chains as the most credible Ethereum alternative.

With these many L1 projects stepping up to the challenge, only a handful can actually hold a candle to Ethereum, at least in market cap and network effects. One of ETH’s legitimate threats, maybe even its biggest threat, is Cardano (ADA). Many believe that this long-developing project, with an Ethereum co-founder at the helm, is still the natural heir in waiting. Yet after its Guguen smart contract launch, the price of ADA has remained rather stagnant, while other L1 chains continue to skyrocket in value and adoption.

Cardano is one of the few L1 blockchains that refuse to compromise their other attributes in favor of scalability. And like ETH, it takes no shortcuts, has a similar grand vision for the future, and is supported by a vast, loyal community. But is it taking too long?

Brief History of Cardano and Ethereum

Cardano founder Charles Hoskinson happens to be one of the co-founders of Ethereum, along with Vitalik Buterin and Polkadot’s Gavin Wood. Disagreements between Vitalik and Hoskinson on whether to launch Ethereum as a nonprofit or an enterprise allegedly led to Vitalik kicking Hoskinson out in 2014.

Hoskinson then decided to go his own way and create a new cryptocurrency company, Input Output Hong Kong (IOHK), which bootstrapped the development of Cardano. In time, Hoskinson has collaborated with several other entities like Emurgo to build the nearly $100 billion crypto project.

As of October 21, ADA has already become the 4th largest cryptocurrency in terms of market capitalization. Meanwhile, ETH continues to hold its position as Bitcoin’s second with a market cap of $509.58 billion, nearly seven times larger than ADA.

With such a massive gap in network valuation, can Cardano truly be the Ethereum killer its proponents convey it to be? Let’s compare the different aspects of both protocols.

Ethereum’s development style appears to blend the collaborative and openness of the open-source developer community and the move-fast-and-break-things approach that is pervasive in startup culture. This comes with several advantages and a few pitfalls. With only a two-year head start against Cardano, Ethereum was able to deploy its smart contract functionality fast and create a new and booming sector within the Bitcoin industry back when all eyes were on BTC, thanks to its ICO capabilities.

However, Ethereum’s system has also been plagued with several bugs in its existence, some of which have caused investors dearly, like the DAO bug in 2016 that caused $60 million worth of ETH to be stolen. In fact, Ethereum continues to see problems within its code even today, the most recent of which was when the network suddenly split into two separate chains last August due to another exploit.

Cardano’s development model, on the other hand, prefers the “get it right the first time” approach, which relies on academic research, peer-review, and formal verification.

Cardano focuses on its three-pillar principles of scalability, interoperability, and sustainability in order to run real-world mission-critical dApps. This tortoise approach has worked out well for Cardano as evident by the large community and user base it has amassed in the last six years. However, this rigorous method has also caused development to lag behind other protocols, so much so that it took about six years to enable Cardano smart contracts after its founding date.

Many pundits have called the L1 network ‘overvalued’ seeing as it has fewer projects being built compared to chains with smaller market caps, like Polkadot and Solana. Moreover, Cardano’s reliance on their academic peer review system is getting increasingly ridiculed. Even Buterin, whose Ethereum network has been hamstrung by gas fees and scaling issues, had a subtle and geeky go at them earlier this year. That being said, let’s look at some technicals to compare the two projects.

Ethereum’s mainnet, as of today, still implements a proof-of-work (PoW) consensus model, which entails that transactions have to be mined in order to be added to the blockchain. PoW is heavily criticized for its high energy consumption and environmental impact, making it inefficient as an operating system and unsustainable for running dApps.

PoS is ultimately the better alternative for smart contract blockchains, which makes ADA ahead of ETH in this aspect. However, Ethereum is already in transition to the PoS-based ETH 2.0 and is anticipated to complete its merge sometime in 2022. Until then, ADA’s PoS system remains on top of ETH’s PoW.

Cardano uses the extended unspent transaction output (eUTXO) accounting model, an upgrade to Bitcoin’s UTXO model with added smart contract capabilities, which also has multi-asset support and works similarly to cash. Ethereum, on the other hand, uses the Account/Balance model, where coins are held in user accounts similar to how a bank operates.

However, Cardano’s smart contract functionality has only been recently enabled, which means that it’s not even close to being as battle-tested as ETH. In fact, there have been some difficulties in launching the testnet version of Cardano-based Minswap. Furthermore, there aren’t any functional mainnet decentralized exchanges (DEXs) that run on Cardano yet as of October 2021, but that could change in the next couple of weeks or months.

Although it has some shortcomings, at least we know Ethereum works. Until we see a significant amount of dapps running on Cardano, ETH is the clear winner in terms of smart contract capabilities.

ETH has been trying to solve the scalability problem for a long time, but Ethereum 2.0 is a multi-year upgrade. For now, ETH still runs on PoW, which explains the high gas fees and slow processing times. While the Ethereum developer team seeks to support as many users in the network, block size limitations have shown to be difficult to resolve since simply increasing them haphazardly also threatens decentralization. Larger block sizes also require nodes to have a larger storage space, effectively creating a barrier to entry for small-time miners.

ADA, on the other hand, is not plagued by such problems (not yet, at least) thanks to its multi-layer framework that consists of a separate settlement layer and computational layer for transactions. The Cardano Settlement Layer (CSL) settles transactions as they occur within the network while the Cardano Computational Layer (CCL) functions as the network’s brain by supporting smart contract features.

As of today, it’s unclear which protocol wins in terms of scalability since Cardano’s smart contracts have not been truly benchmarked yet. In terms of throughput alone, ADA’s 257 TPS certainly trumps ETH’s 15 TPS, but both protocols are primarily competing as dapp platforms, not payment platforms.

Both projects plan to implement scaling solutions. The ETH ecosystem anticipates Ethereum 2.0, which would allow the network to scale to 100,000 TPS when combined with L2 solutions like Optimistic Rollups. ADA will also be implementing an L2 solution called ‘Hydra’, which designates staking pools as “hydra heads” that can process about 1,000 TPS. In theory, if the number of staking pools in the network reaches 1,000, Cardano can potentially reach a transaction throughput of 1 million TPS with Hydra.

For now, we have to wait and see which protocol delivers first.

Is Cardano Truly an Ethereum Killer?

No, the honest truth is that Cardano cannot be considered an Ethereum killer just yet since ETH is very much alive and still the dominant L1 in crypto. Also, Cardano is falling behind surging competitors like Solana, who’s recording rapid adoption in recent months. However, ADA has certainly captured a significant portion of ETH’s market share. Regardless, both platforms have room for growth in this bull run.

It is difficult to determine if ADA can ever surpass ETH’s market cap, let alone “kill” it. While ADA’s architecture and development approach appears to be fundamentally sound, it still has a lot to prove in terms of smart contract functionality. Another factor to note is that Cardano upgrades will take ages since each of them is thoroughly processed and reviewed before being rolled out. Ethereum is no different, which means that it might take time to get our answer.

Nevertheless, Ethereum is also in a bind as many users have grown wary of its slow and expensive network, especially when they have alternatives like Cardano and many others that are growing fast and eating up its market share. Although ETH remains the king of the dApps, its title is no longer undisputed.

Still, Ethereum is still top of the smart chain for a reason. If you’re an ETH holder waiting nervously as Ethereum trundles along its path to 2.0, this classic Christopher Walken monologue might bring some relief and inspiration. 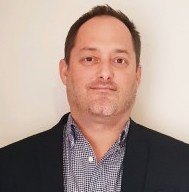 I'm a technical writer and marketer who has been in crypto since 2017.