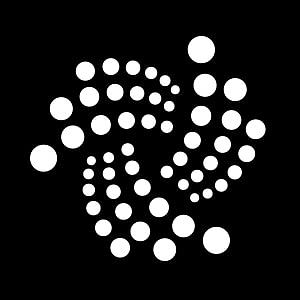 IOTA announced the launch of its smart-contract beta, compatible with the Ethereum blockchain. IOTA users can now take advantage of the network’s high-speed zero-fee smart contracts.

The open-source cryptocurrency ledger is now testing its new features that offer an alternative to Ethereum and Cardano. The network supports interoperability with ERC-20 tokens.

Our objective is to become a leader alongside Ethereum and make sure that our future will be decentralized. We want to help advance our young industry towards mainstream adoption and establish trust as a free public good for all societies to benefit from.

Schiener shared that it is exciting for him to realize the crypto vision of a multi-chain future with IOTA.

All of this is only possible because #IOTA has invented the Tangle in 2015, the first DLT that goes beyond the traditional #Blockchain architecture and utilizes a Directed Acyclic Graph (DAG).

With #IOTA transactions are processed in parallel with blocks, chain or miners. pic.twitter.com/PCs1NKDflt

The Ethereum network has announced the Altair upgrade to prepare the blockchain for sharding. IOTA inherently possesses the capacity to process parallel transactions with blocks, chains or miners.

The arrival of smart contracts on IOTA has intensified the network’s competition with key players Ethereum and Cardano.

IOTA makes it possible for smart-contract chain developers to define their tokenomics and zero transaction fees. Protocols can reward validators with their native tokens and reduce entry barriers that plague the decentralized application ecosystem.

With these developments, IOTA plans to drastically scale up support for decentralized application builders and focus on making blockchain applications mainstream.

Pseudonymous cryptocurrency analyst, @eliz883, has a bullish outlook on IOTA. The analyst has set a target of $2.08 for the IOTA price.