The Cardano EVM sidechain is a fully decentralized scalability solution deployed by IOG. Find out more about its features, benefits, and delivery plans The Cardano EVM sidechain is a fully decentralized scalability solution deployed by IOG. Find out more about its features, benefits, and delivery plans

Cardano is growing. Expanding. The Vasil upgrade will open up even more opportunities for efficient development and usage of various DApps and DeFi products on Cardano.

Sidechains and layer 2 solutions are key to increasing scalability for projects building on Cardano. In this post, we discuss what sidechains are and how they contribute to an ecosystem of interconnected solutions. We also dive deeper into the unique features that make up the EVM sidechain built by Input Output Global, Inc (IOG).

In a previous blog post we discussed how bridges, sidechains, and the AGIX ERC20 converter, enhance Cardano's interoperability, defined as a product or system's ability to understand and interact with other products or systems. When a blockchain network is interoperable, user data and assets generated in one network can be moved between other different networks.

Interoperability is a crucial consideration in decentralized ecosystems. Once users have the tools to reclaim ownership of their data, they will need infrastructure to enable sharing it with others across multiple interconnected networks. A global economy requires that users' tokens are no longer siloed in any single blockchain. Sidechains coupled with bridging protocols are the solutions that facilitate greater freedom of data movement in a decentralized digital economy. 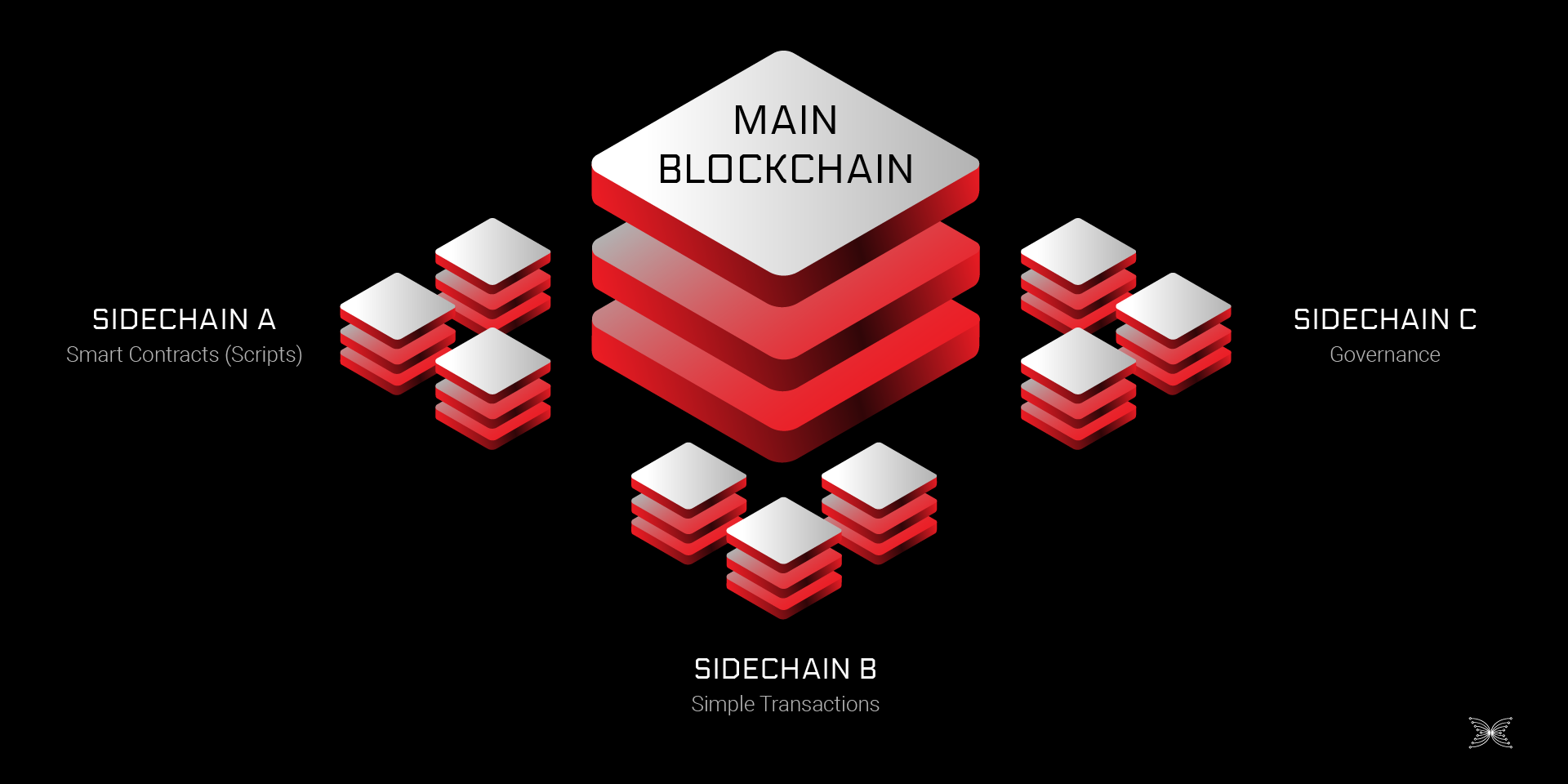 Figure 1. An example of different types of sidechains

A family of sidechains

Blockchains cannot succeed in isolation. No single blockchain will transform the entire digital infrastructure for the better, nor will a single blockchain revolutionize the way we share data, transact, or engage with others virtually. Over time there is a need for dedicated sidechains that enable a more diverse network of developers to join Cardano, and the tools needed to support the development of applications for specific use cases.

IOG plans to create a ‘family’ of sidechains that will bring greater scalability, interoperability, and programmability to Cardano. A number of ecosystem contributors are also working on building their own sidechains to add even more capabilities to Cardano.

As Cardano evolves to support a multi-chain architecture, developers will be able to leverage the platform in the following ways:

How does it work?

Ethereum Virtual Machine (EVM) is a piece of software developed by Ethereum to help computers run smart contracts. Every full Ethereum node runs an instance of the EVM to define how the machine state will change with every new block added to the chain. Sidechains built using the EVM offer features equivalent to the Ethereum blockchain for processing and executing smart contracts. These EVM sidechains are also capable of implementing new features, like a different consensus protocol or ledger model, while still retaining essential EVM scripting capabilities.

The main features of the EVM sidechain are:

Decentralization is one of the cornerstones of the digital trust economy. The transparency of blockchain technology inhibits fraud. In order to build a truly decentralized network, it is essential to make sure that the network is permissionless. Permissionless blockchains grant everyone the privilege to take part in network activities without dependence on centralized or federated authority. The EVM sidechain will be a permissionless network.

The EVM sidechain includes several features to maintain security, including:

Cardano’s EVM sidechain is being developed iteratively. As with any other product launch, an iterative approach and performance assessments are necessary to ensure that everything works as intended.

Initial testnet delivery will set the foundation for the EVM sidechain assessments and testing, followed by a passive and active sidechain launch, culminating in mainchain deployment: 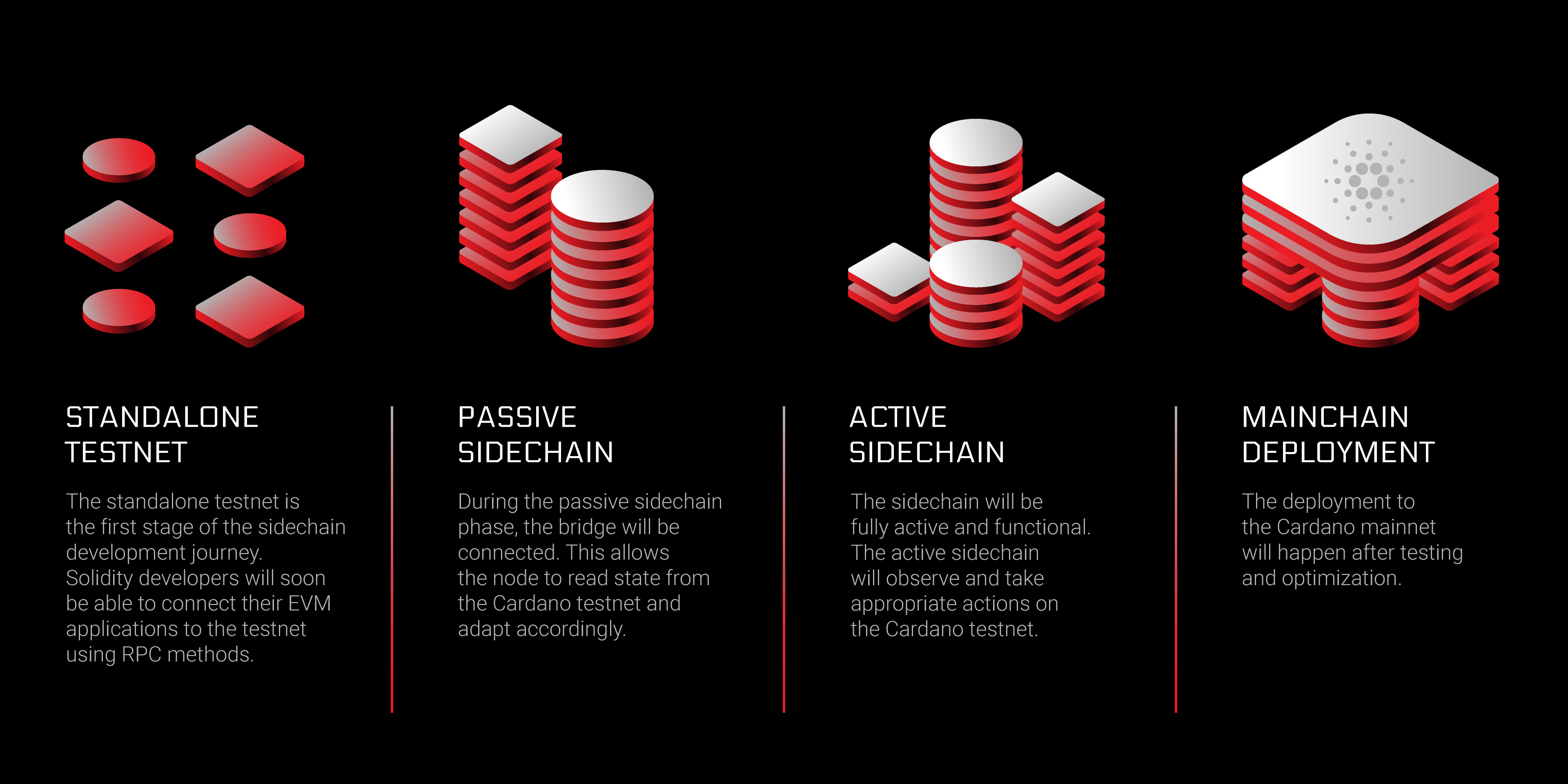 We’ll be talking about the Cardano EVM sidechain in more detail over the coming months.

I’d like to thank Kathryn Stacy and Dominika Bukowska for their input and support in creating this blog post.

C
Cexplorer
DJED is not TerraUSD 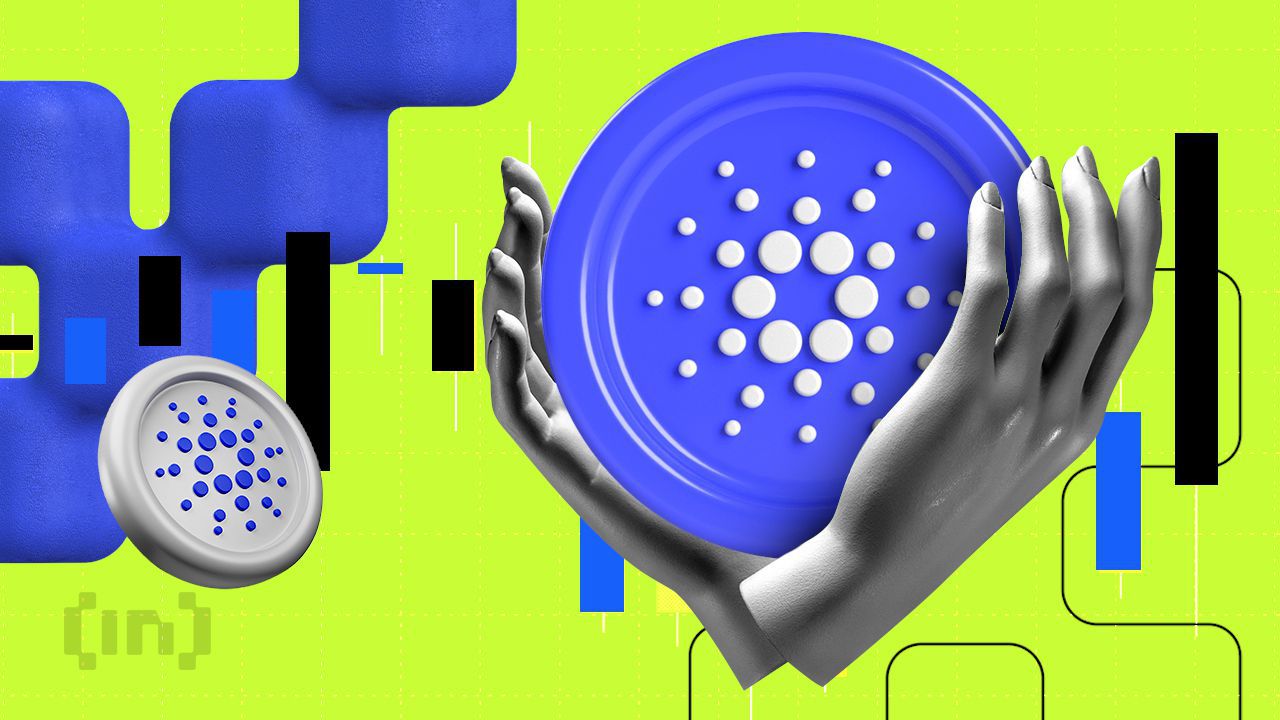