Do This Before Cardano Skyrockets

Cardano (CRYPTO:ADA) already has made great gains. This young and dynamic cryptocurrency has soared more than 700% so far this year. Investors are excited about the blockchain network’s speed, energy efficiency, and current and potential uses. But Cardano increases may...

Cardano (CRYPTO:ADA) already has made great gains. This young and dynamic cryptocurrency has soared more than 700% so far this year. Investors are excited about the blockchain network’s speed, energy efficiency, and current and potential uses.

But Cardano increases may not be over. That’s because Cardano has a lot more in store for investors and users. The platform is in the process of building itself out to reach an ultimate goal: becoming a self-sustaining system. It even has set out a roadmap with five stages. They’re ongoing right now. The value of Cardano may climb as the network expands and works to reach its goal. And if it gets there, Cardano may truly skyrocket. Here’s what you should do before that happens. 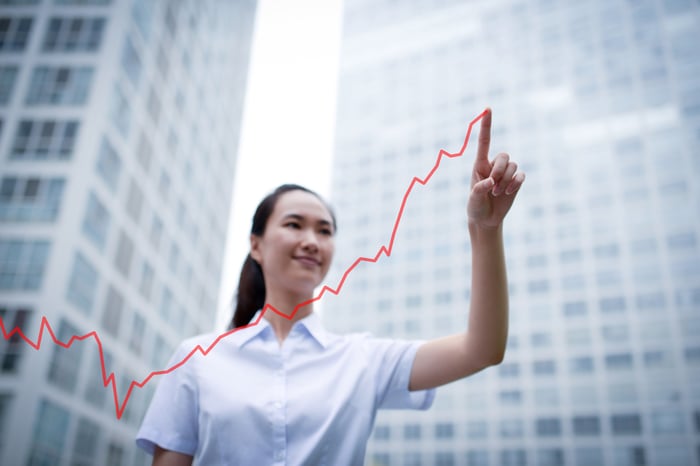 I don’t believe in putting all of my eggs in one basket. Even if I’m really confident about the strength of that basket. So, I wouldn’t make Cardano my only crypto investment — or only investment in general. But if you’re an investor with a broad portfolio of cryptocurrencies, you may want to consider selling a very high-risk name and reallocating the cash into Cardano. By high risk, I mean players that haven’t proven much real-world utility. So, for example, I would favor Cardano and other more established players over meme coins Shiba Inu and Floki Inu.

Now let’s take a closer look at Cardano. The network already is showing its usefulness in industries from education to healthcare. For example, a solution on the blockchain allows for the secure storage of educational credentials. That way, students can access and share these documents as they need them. As for healthcare, a solution on the blockchain can trace the origins and supply chains of medicines. The idea there is to put a stop to the sales of fake pharmaceutical products. If these and other applications take off, Cardano has a reasonable chance of increasing over the long term.

And there are a few more things I like about Cardano. First, its speed. It can process 250 transactions per second compared to 30 by bigger player Ethereum. Of course, Ethereum’s upcoming upgrade will lift transactions to 100,000 a second. But Cardano’s goal is to eventually perform one million a second. So, it’s possible Cardano can keep its lead by this measure.

Cardano sounds like a very promising platform. But it’s still important to remember that all cryptocurrencies involve a decent amount of risk. There’s no guarantee that their current and proposed uses will be a big thing in the future. So, you should never invest more in crypto than you can afford to lose. If that’s what you’re doing or plan to do — perfect. And if you favor Cardano over riskier meme coins, you may gain over the long term.

This article represents the opinion of the writer, who may disagree with the “official” recommendation position of a Motley Fool premium advisory service. We’re motley! Questioning an investing thesis — even one of our own — helps us all think critically about investing and make decisions that help us become smarter, happier, and richer.