We are happy to announce a partnership with Centaurify, an NFT & Smart Contract platform intending to revolutionize the ticketing market by tokenizing tickets. 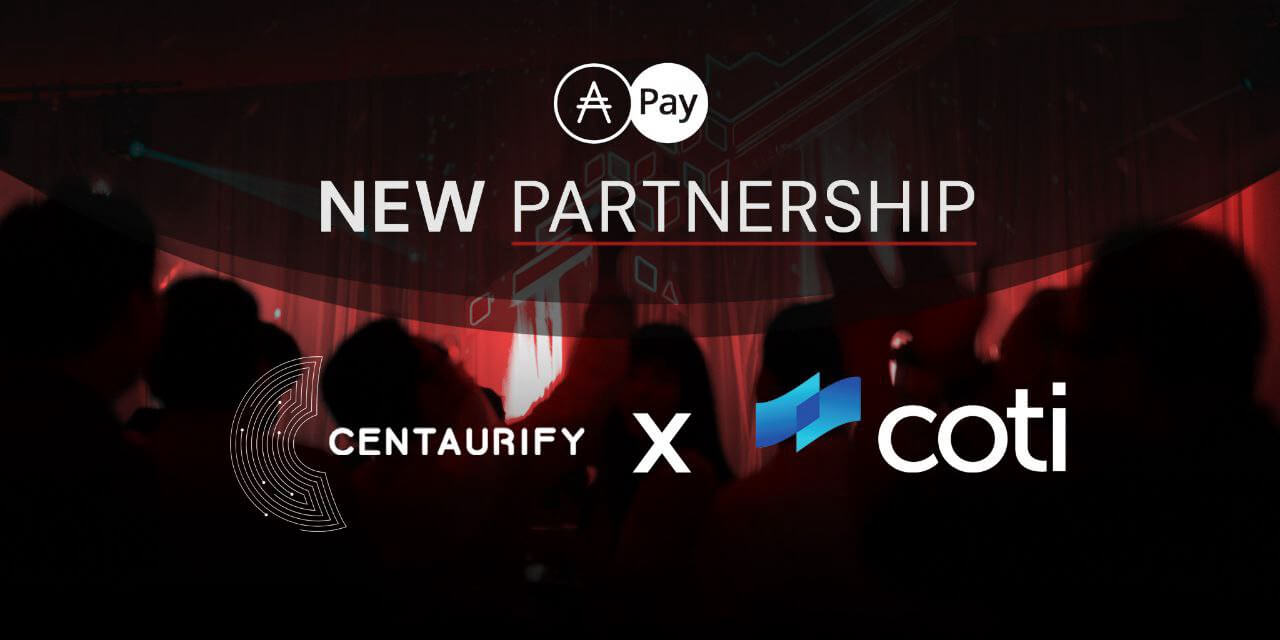 We are happy to announce a partnership with Centaurify, an NFT & Smart Contract platform intending to revolutionize the ticketing market by tokenizing tickets.

NFT event tickets, digital collectibles, and more will be purchasable with fiat through Centaurify’s easy-to-use UI. This is a very important step towards making DeTi (Decentralized Ticketing) mainstream — which will empower artists, music fans, and event-goers all around the world.

To realize this utility, Centaurify will implement ADA Pay, which is powered by COTI, to make it possible for users to pay with their ADA tokens.

COTI and Centaurify will also explore the possibility of allowing stablecoins payments, which would make the Centaurify platform extremely practical to use.

“Today, Centaurify has taken a major step towards becoming a global solution for DeTi which will supercharge the music & event industry. We are very excited to work with COTI which has demonstrated immense vision in the sector of decentralized payments.”

Centaurify is an NFT & Smart Contract platform intending to revolutionize the ticketing market by tokenizing tickets.

Centaurify will achieve the aforementioned by utilizing Cardano blockchain technology. The smart contract technology will allow the ticketing industry to provide a much better service — while consuming far less resources.

The platform is a combination of multiple different systems that will offer users a multitude of utilities and benefits. With these multiple systems — Centaurify intends to change the way artists and creators monetize their entertainment, and connect with their fans.