Cardano Sets To Compete With Ethereum for Most Active Developers : 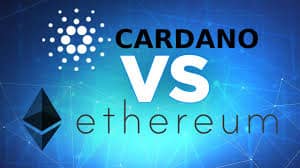 The developers behind Cardano, a proof-of-stake blockchain targets a competition with Ethereum.

This is as a playground for decentralized applications and NFTs getting ready for its recent anticipated Alonzo update this weekend.

The Outlier’s most recent Blockchain Development Trends study on the top 50 blockchains by their native assets’ market caps from July 2020 through June 2021.

They found out that Cardano had the most commits per month on GitHub code repositories, with 701.

Which was an increase of 24% from its commits the previous year.
Ethereum came second with 447, IOTA was third with 394, Filecoin fourth with 368, and NFT-based blockchain Flow had 305 commits.

However, On Monthly Acrive develoepers, Ethereum and Cardano ranked first and second with 168 and 165 per month respectively.


Additionally, Potocols like Avalanche, Ocean, Terra, and Cosmos came on strong in the last year.

For instance, They recorded triple-digit-percentage growth over the previous year

Nonetheless, looking at last year’s report shows us how to take in these numbers.

Apparently, Cardano Doesn’t Have A Working DEX Yet

Cardano Price Prediction for Today, May 7: ADA Range-bounds as Price Drops Below $0.80