According to data from Staking Rewards, the number of unique addresses currently staking ADA has increased by roughly 7% in the last 30 days

According to Staking rewards data, unique addresses currently staking ADA have grown nearly 7% in the last 30 days. The recent growth matches the 1 million milestone reached in the number of staking addresses.

According to the Cardano tracking website pool.pm, there are currently 1,008,241 wallets staking the coin, with 71.4% staked. 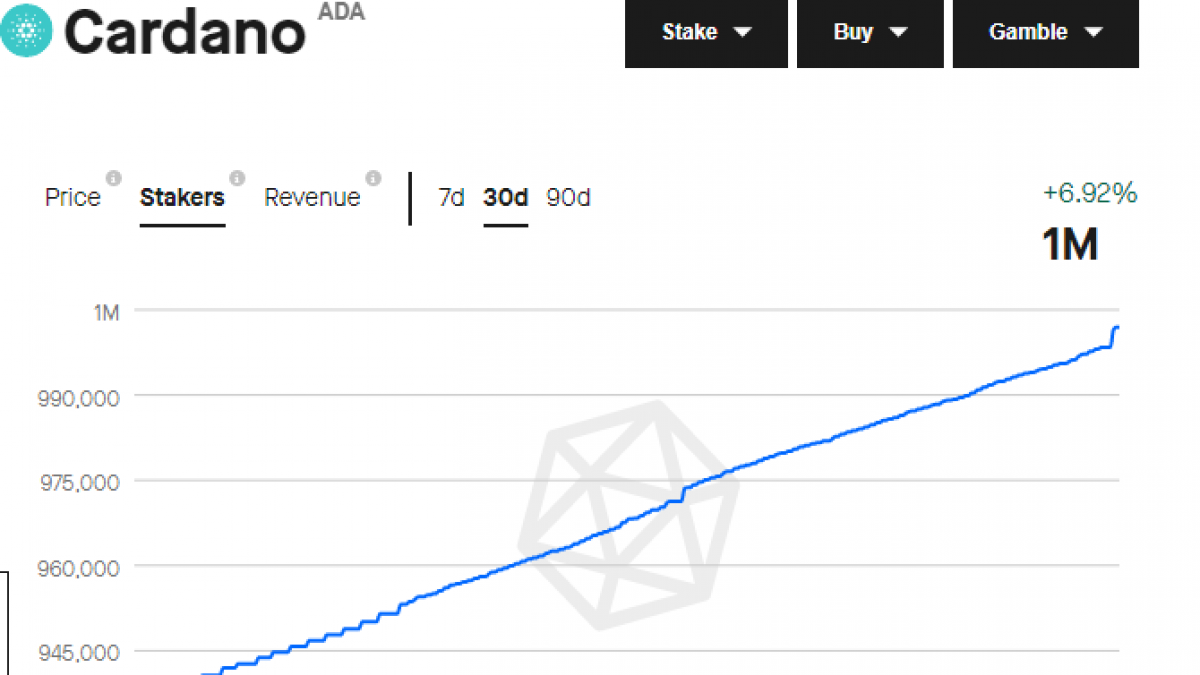 Cardano continues to gain traction, with new features and capabilities being added to the blockchain regularly. The Ouroboros algorithm is used in Cardano’s decentralized setup to achieve proof-of-stake consensus. At the center of it all are 3,100 stake pools managed by operators who are in charge of the network’s distributed nodes.

IOHK, Cardano’s parent company has announced the kickoff of a new initiative to support its ongoing drive toward full decentralization with the launch of a new peer-to-peer (P2P) testnet.

The price of ADA soared to an all-time high of $3.09 in September, just days before the Alonzo hard fork, which introduces smart contracts to the network and allows it to compete with the likes of Binance Smart Chain, Ethereum and Solana.

FLICKTO 2ND IDO ROUND - hosted on ADAX – IS NOW LIVE! The Flickto team has partnered with ADAX to host our first IDO round. This is your opportunity to invest in Flickto and obtain FLICK tokens at their lowest possible price. Learn more www.flickto.io
Read the article in Bitcoinethereumnews