The post Cardano Price Prediction: Charles Hoskinson Hits Back Against Twitter Backlash for ADA appeared on BitcoinEthereumNews.com. Join Our Telegram channel to stay up to date on breaking news coverage “This time next year, I predict there will be... 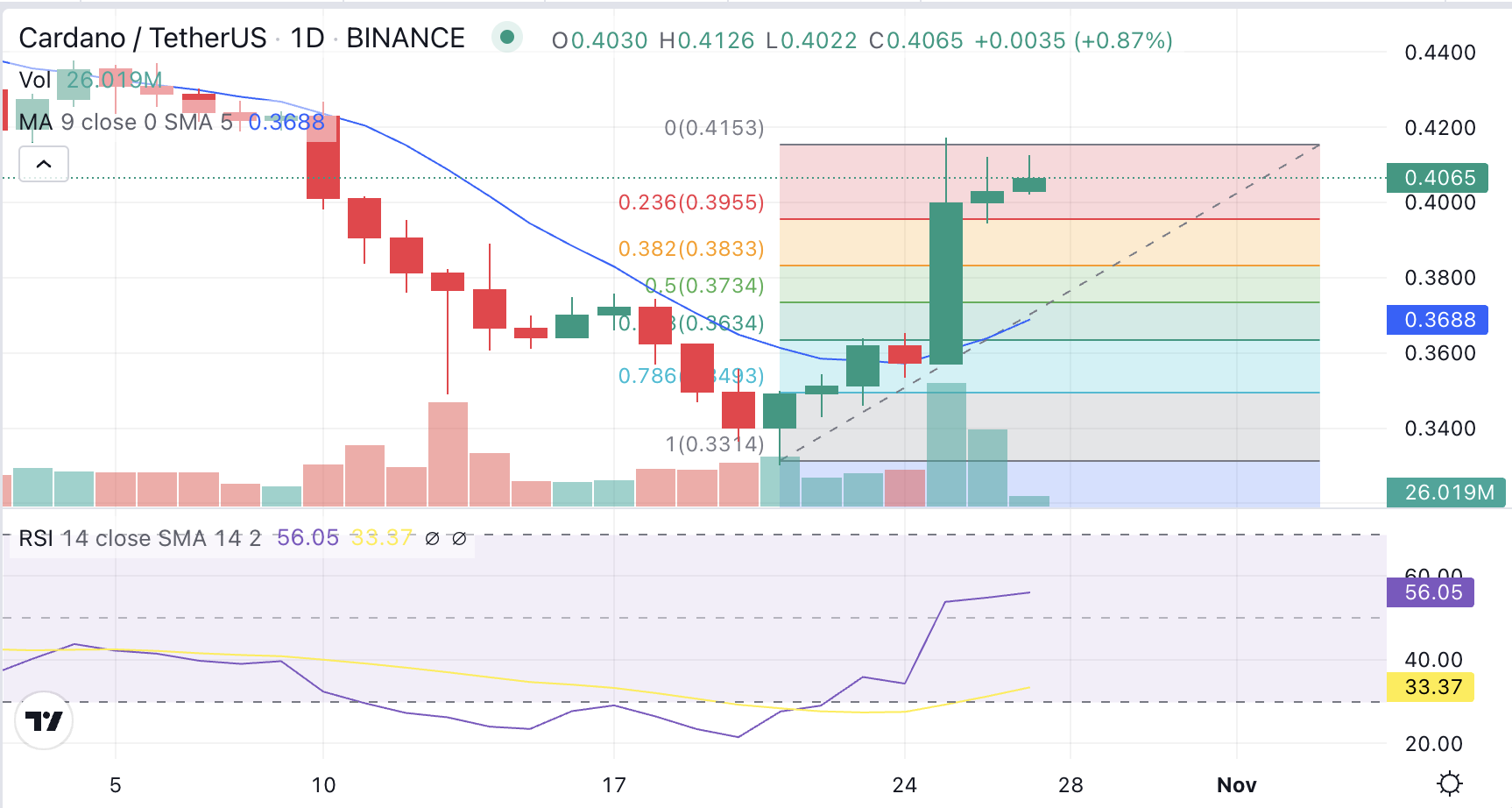 “This time next year, I predict there will be hundreds of assets running on Cardano, thousands of DApps, tons of interesting projects, and lots of use and utility” – excerpt from a two-year-old tweet by Charles Hopkins, founder of Cardano.

Despite these bullish claims, Cardano has fallen short of its expectations. While there are many projects on this “Ethereum-killer” blockchain, none of them have gotten much traction in the market.

2021 was a simpler time for the cryptocurrency space. Everything was on the up and up, and even small-scale projects got a chance at glory. Cardano became one of the hottest cryptocurrencies amidst this enthusiasm and reached its all-time high of $2.95 in August of that year.

Fashioned as the Ethereum killer, Cardano had the perfect marketing strategy and technology to attract crypto-enthused traders looking for a challenge in the crypto space. Everyone discussed how Cardano could be the next big thing in the cryptocurrency ecosystem. A year and a major bear phase later, Cardano has retraced to below $0.35 and has no major developments to back the claims it made two years ago.

And ADA critics have lunged at this opportunity to call the Cardano Founder out on this.

Ok, so @IOHK_Charles predicted this a year back.
Update:
No asset on $ADA, forget 1000’s of DApps not a single dapp on $ADA, only 1-2 projects announced working on $ADA@IOHK_Charles what happened to your predictions? What’s the prediction for next 1 year now? https://t.co/qreMVlOX1i

Undervalued Crypto, a 2017-founded Twitter account focused on undervalued crypto assets, took an extremely rude stance to call out Cardano. They highlighted that the ADA project had nothing to show for its claims a year ago. In Cardano’s defense, however, many multiple project plans have been announced. However, like most cryptocurrency ecosystems, the chasm between programs and complete projects seems to widen. So, in this instance, many are behind Undervalued Crypto for their ADA assessment.

Cointelegraph’s Editor-in-Chief John Rice also joined this insult pile up and sarcastically said, “Gonna be a busy three weeks.”, taking a jab at Cardano’s tweet about making hundreds of projects live on the blockchain.

There are countless such tweets, each of which takes a sarcastic tone and downright makes fun of the Cardano founder. But the Cardano community isn’t taking these insults lying down.

Community Behind Cardano in 2022

Cardano Community is known for its passion behind ADA projects and the defensive stance it takes whenever critics emerge from the woodwork. Members of this community are quick to say a good word about Cardano to anyone interested in the project.

The community rallies behind the Cardano founder whenever someone states on Twitter that ADA is thriving on “empty promises” that are either under-delivered or never delivered upon.

Charles Hoskinson responded to a Twitter user expressing their apprehensions about this crypto asset and said that ADA and XRP had moved mountains together.

What is extraordinary to me is that the people who tweet this stuff actually believe it regardless of the evidence given. It’s basically like religious beliefs. Every year, we have moved mountains together, but he can’t see any of it. I wonder what causes it https://t.co/WZRCRNMvJb pic.twitter.com/FdYwZGb1S6

Cardano Community defended this tweet by stating that Cardano detractors don’t have anything more to do than spread FUD.

Users have gone as far as to say that Cardano is a project that’s standing on its own two feet without the aid of VCs and overly bullish marketing strategies.

Major Developments are Happening in the Cardano Space

The Cardano Foundation is currently organizing a summit. Dubbing it Cardano Summit 2022, It is a meetup to exchange ideas and discuss the future of this project. The community’s response to this summit has been largely positive.

Another bullish action in Cardano’s favor comes from Dr. Stefan Berger. The European Parliament Member has stated that Cardano is a rocket in crypto space.

Two days ago, Shareslake deployed the first stablecoin for the Cardano ecosystem. Known as Redeemable, this stablecoin has been engineered to adapt its fiat-backed value with Consumer Price Index – CPI to maintain people’s purchasing power over time.

The developments mentioned above have juiced the Cardano price action a bit, increasing by 20% over the past seven days.

The Cardan price action has shown green candles since the 21st of October. A large bullish engulfing pattern formed on the 25th of October 2022, with RSI at 55.88. Since that day, Cardano has been trading far above its moving average.

According to the Fibonacci Retracement Level chart for one-day trading, the overhead resistance is $0.41. If it crosses that level, Cardano might establish an uptrend and sustain above volatile regions. However, a chance of massive corrections after these bullish candies remains.

Cardano has suffered at the hands of the crypto winter, similar to other assets. However, it still retains its position as one of the top 10 cryptocurrencies by market capitalization. People from the governments are talking about it, and the Cardano community quickly pushes back against the critics. And while these instances have yielded positive results over the past seven days, it is still too soon to say if it will maintain the current price momentum.

If you’re tired of facing this uncertainty, invest in presale cryptocurrencies with huge upsides. Dash 2 Trade is the latest presale asset to launch, and it has raised upwards of $2.5 million in the last two weeks. You can go through the official whitepaper to learn more about the project, and if you want to participate, refer to our guide to buy Dash 2 Trade.